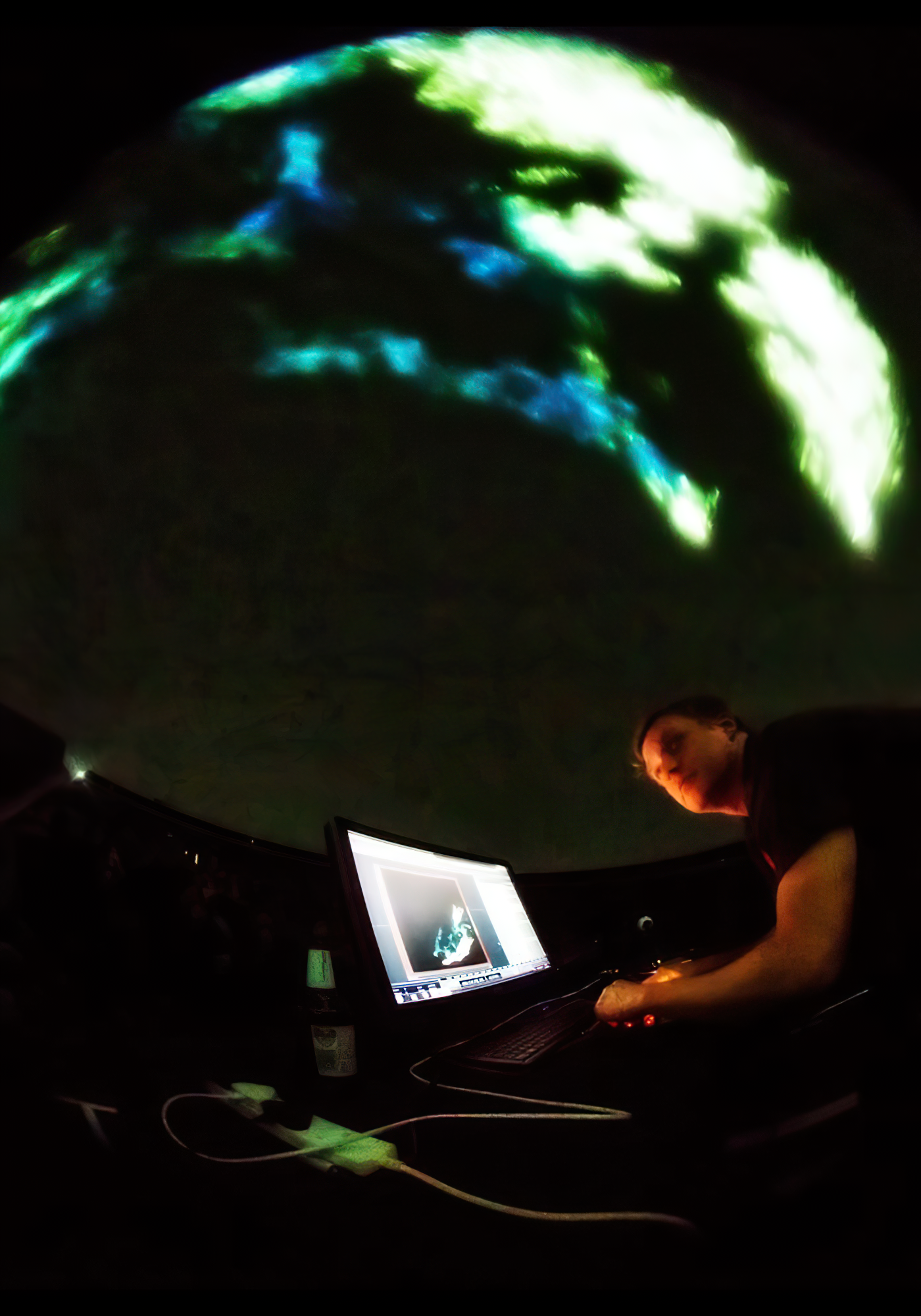 A live performance for immersive dome and planetaria

Taking inspiration from prehistoric artists whom painted in 360 degrees, the work follows the shamanic/artistic process of entoptic phenomena, an altered state, universal, visual experience linked to the central nervous system which inspired mysterious yet familiar geometric and abstract Neolithic art. 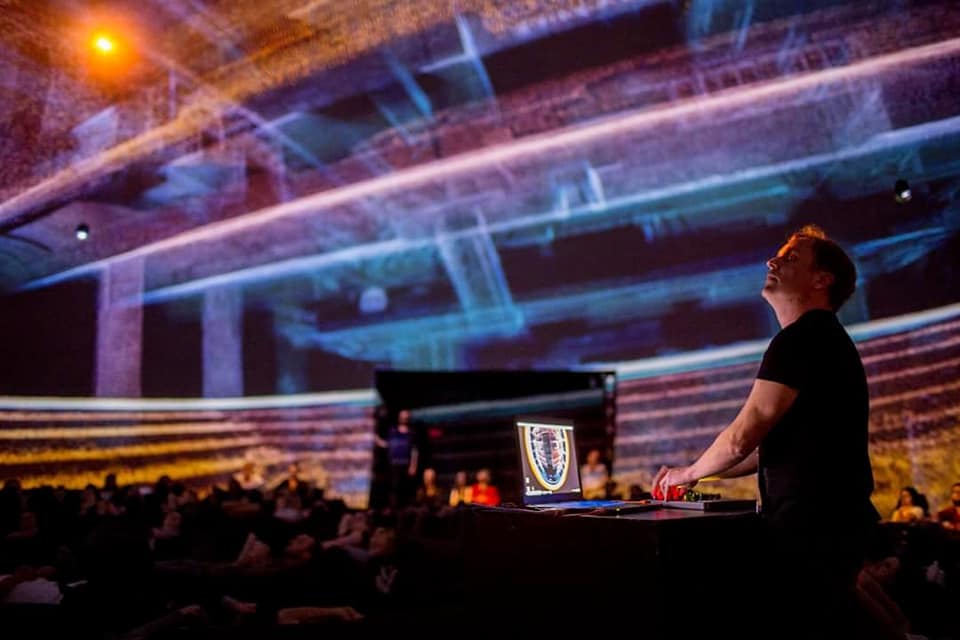 Journeying through an Irish woodland, Hang Boi cave in Vietnam, the Scottish brutalist masterpiece St. Peters Seminary, Beauvais Cathedral in France, a US industrial building and a 1950's Norwegian cinema,  the work is a continuous fluctuation between recognised and abstract with the audience's perception left to fill in the 'spaces in-between'. 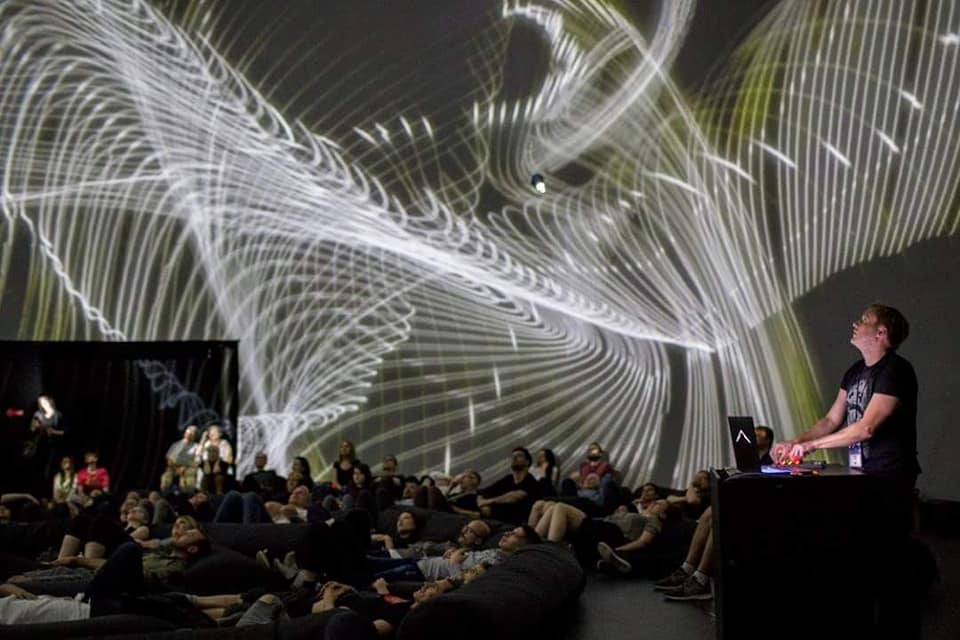 The process of blurring reality to abstraction is really interesting to me; abstract expressionist Ashille Gorky said, "abstraction allows man to see with his mind what his eyes cant see".  We understand the world to be made up of atoms, we know this to be true, but cant see it .... or can we?  Entoptic phenomena appears to be a process of breaking down visual reality to its raw, primordial state, so what better way to express this than through Lidar data which, by nature, senses the world atom by atom. 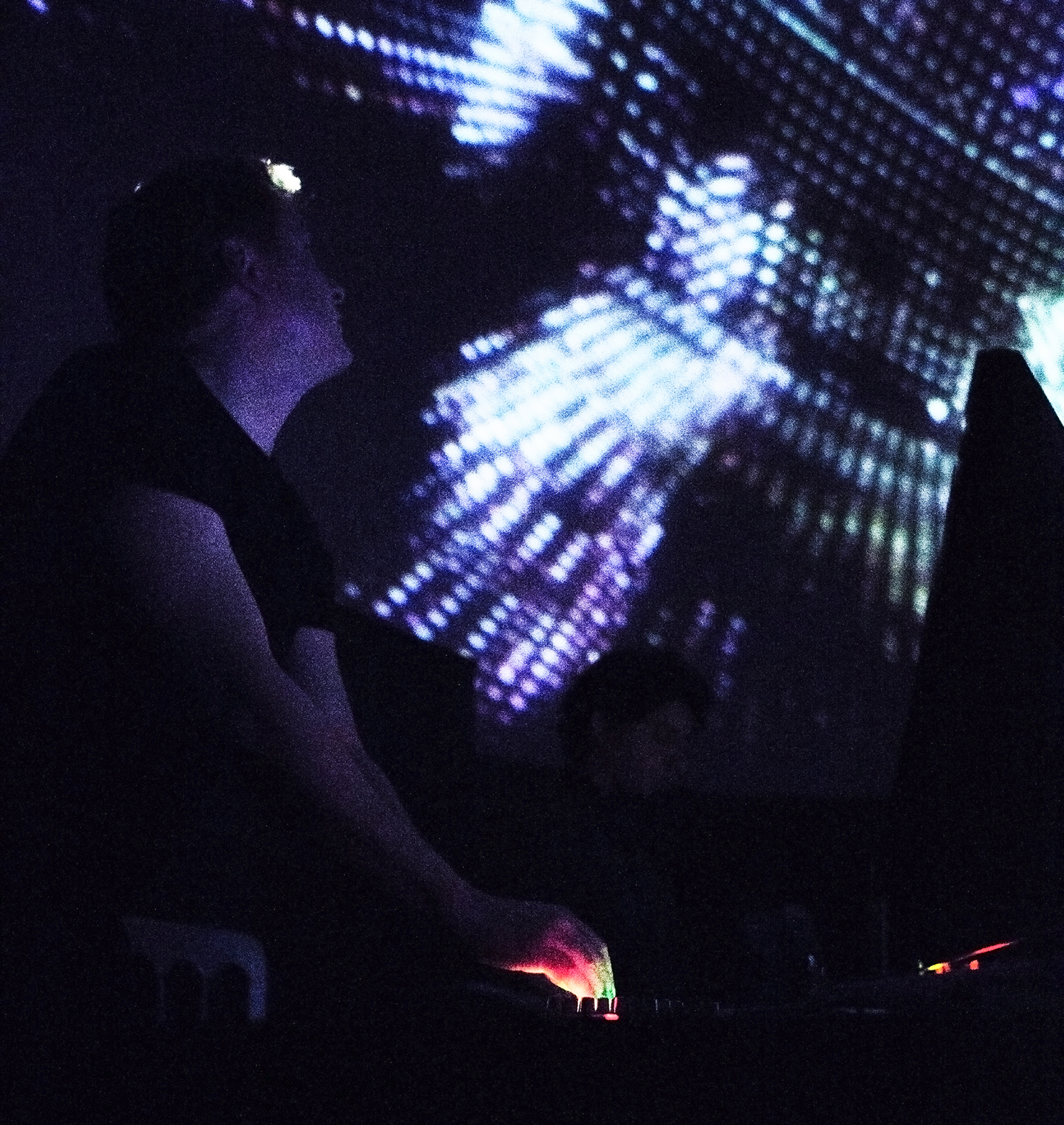 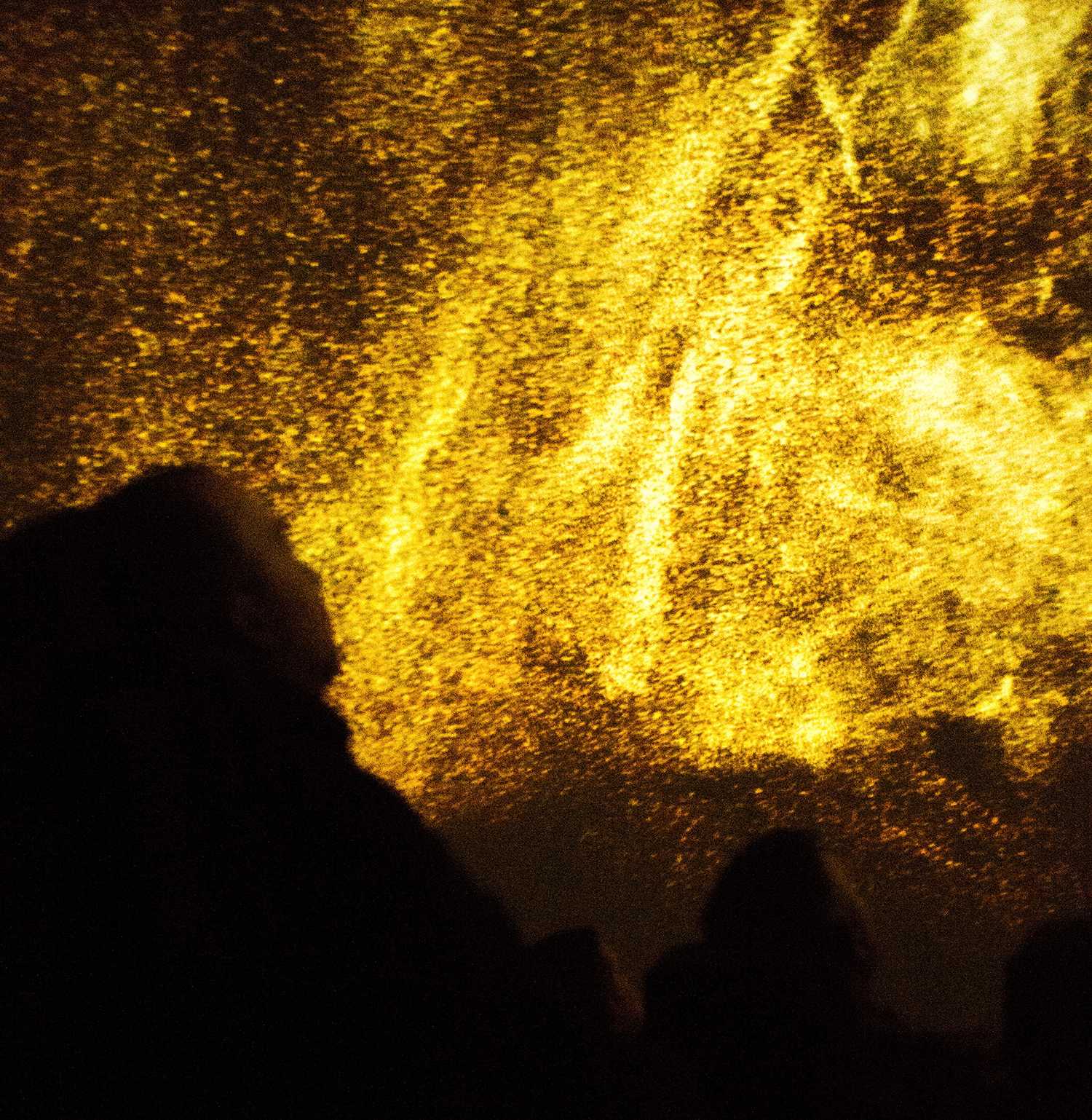 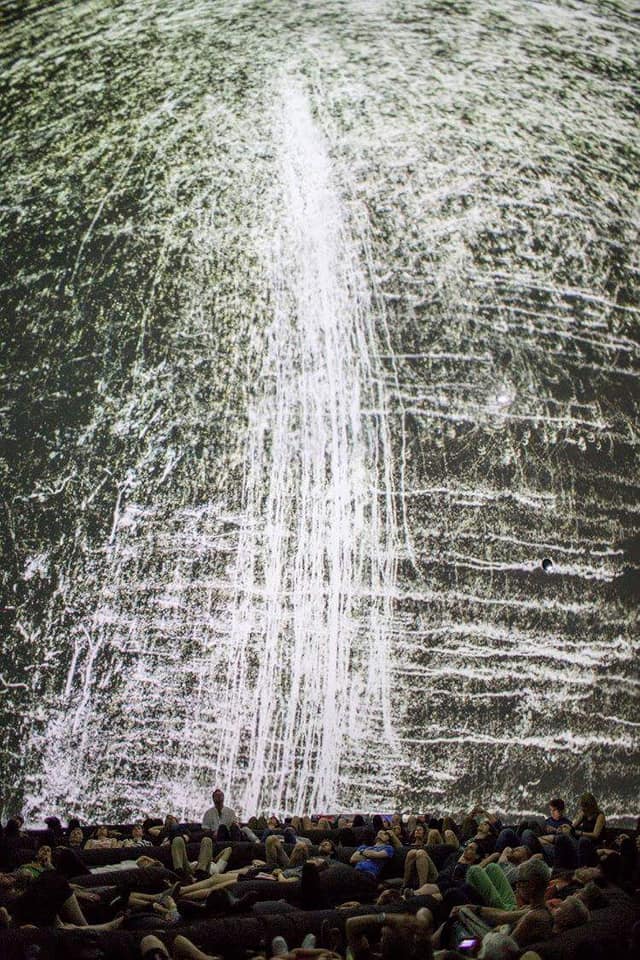 Remote Sense has performed at: 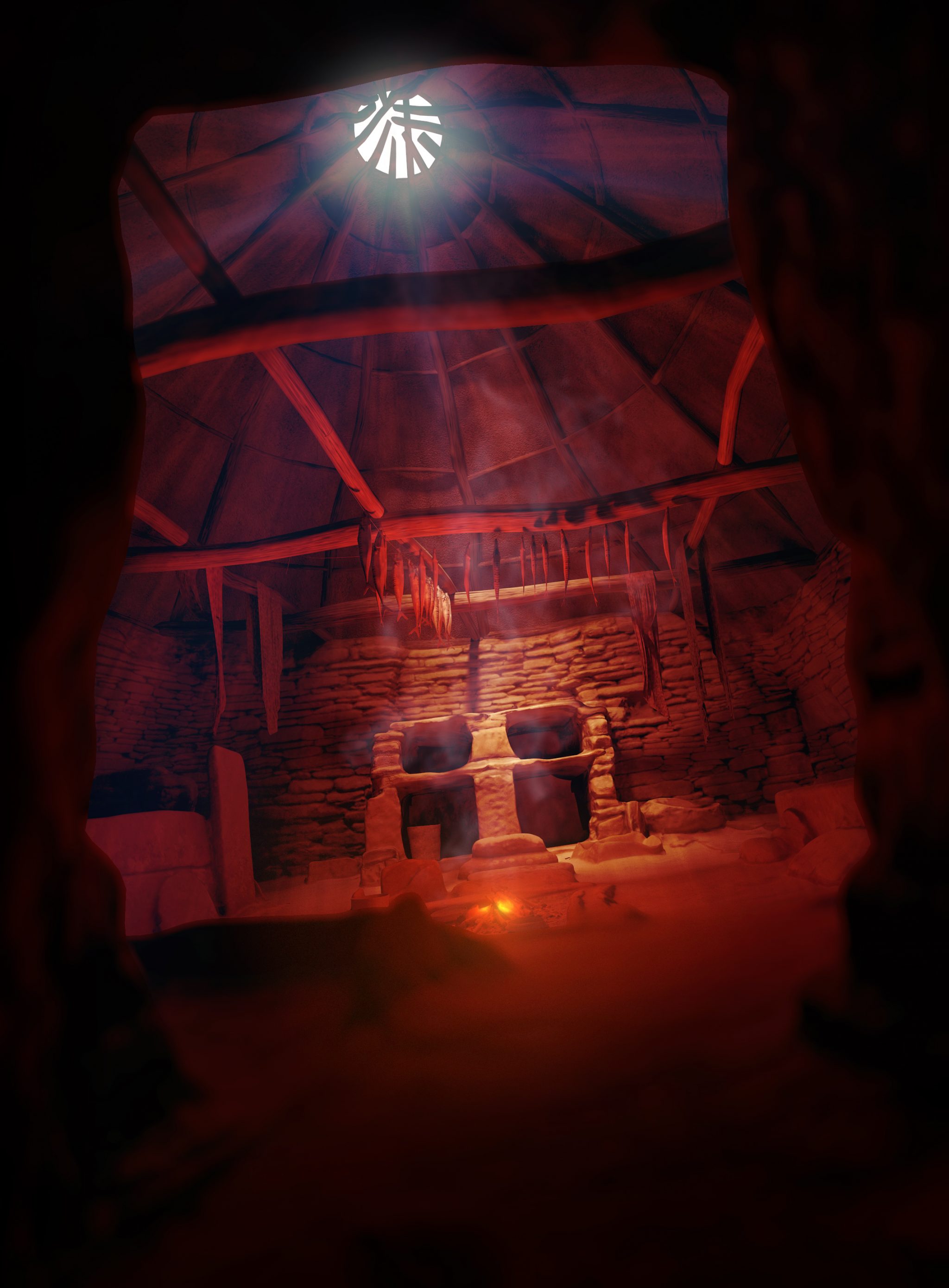